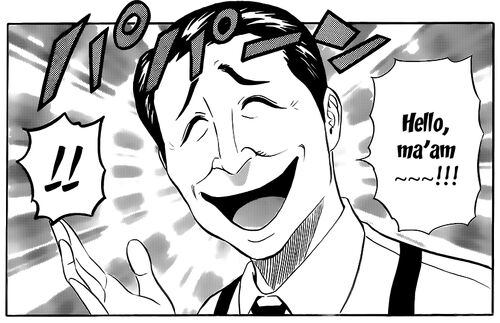 LOL I almost forget about my duty. Now that my tasks are done so I'll writing one. Maybe doesn't good as the previous one because I have... a problem in real life.... *sniff*. So... *ehm* I write a blog post about newest Sket Dance manga based its English translation. I didn't write a review based the newest chapter out in Japan because I don't really understand Japanese and I don't read Chinese translation (yet I know nothing about Chinese). Sometimes, I read the RAW and Chinese translation to understand the plot.

My English is not good, but I try my best. 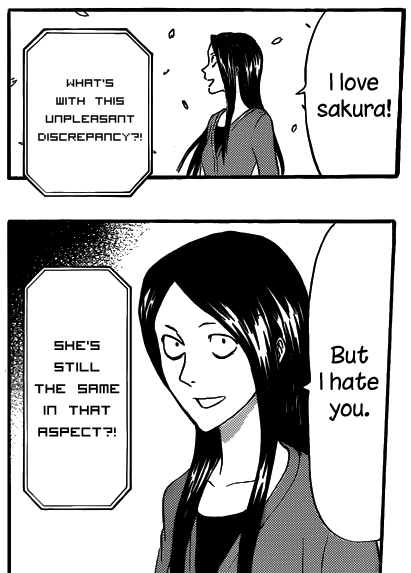 The Sket Dan, along with Chūma, Remi, Captain, and Reiko are on Sakura Viewing party. But Remi mistook her tea to one of Chūma's drug. Chūma realizes after everyone already drank it. So the drug is the improved version of "Soul Swap" that Bossun and Himeko ever used it. The effect is that the person's personality will be completely opposite to its original. Like Himeko becomes docile, and Switch who are the king of bokke now becomes the tsukkomi-man. Meanwhile, what happens to others? How about Bossun's personality?

Next chapter is titled "Happy New School Year!". The first day of Bossun and friends on their last year at Kaimei, first day of Rumi becomes high schooler, first time of Himeko not in same class as Bossun... but wait.

Go to "Falling Blossoms of Confusion" at Sket Dance Wikia. Please support the Sket Dance series by buying the manga when it comes out in your country.

Retrieved from "https://sketdance.fandom.com/wiki/User_blog:Utipintar/Sket_Dance_Manga_Ch._209_-_Falling_Blossoms_of_Confusion?oldid=14186"
Community content is available under CC-BY-SA unless otherwise noted.