Welcome to the weekly Sket Dance blog! This week's episode is a bit of morbid episode for Sojiro fans because he and Shinba are graduation. The story in Sket Dance is moving on.

The torch has passed from Sojiro to Sasuke who is new president. Being anxious, Sasuke starts being strict with the rules until Sojiro has a man to man talk with Sasuke. He tells him that he has his friends as his support. Later, a stranger calls Sojiro and threatens to hurt Saaya if Sojiro does not solve the four puzzles that he has set up. 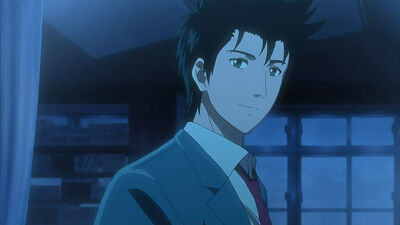 Will Sojiro save his little sister, Saaya?!

Overall, this episode is great, and the puzzles can be confusing. We had a special ending with a slower version, Sekai wa Okujō de Miwataseta, and a compilation of the Kaimei Student Council.

Thank you guys and gals for reading Sket Dance Wikia's weekly report. Please support the franchise and the wiki editors who are working hard here in the community and over at Anime Vice. Feel free to drop any comments, post blogs, or do wiki edits. The more we get involved, the better this community would get.

Retrieved from "https://sketdance.fandom.com/wiki/User_blog:Takashichea/Weekly_Sket_Dance:_Ep._70_-_The_Last_Day_of_President?oldid=11733"
Community content is available under CC-BY-SA unless otherwise noted.